Most of the world’s technology companies, large and small, from Facebook to Microsoft to Tender, have announced their plans to build a “Metaverse” in the past few weeks. Many believe this is what the Internet will look like in the next decade.

However, no one in the world seems entirely confident about what the future “Metaverse” will eventually look like, and there are still important questions waiting to be answered about who will ultimately control this virtual environment and who will ensure that everyone appears on the same page.

In an exclusive interview with The Indian Express, Sai Krishna, co-founder of Indian augmented reality company Scapic, said, “The metaverse is a revolutionary evolution of the Internet, where we will have 3D spaces, immersive virtual environments and advanced communications, as well as a paradigm shift in business and entertainment. For him and many others, the metaverse is the next logical step beyond smartphones and the traditional Internet phase as we now know it.

Building a “metaverse” raises many questions about privacy. It is well known that major technology companies, such as Facebook, Microsoft, Amazon, etc., now collect our personal information from social media and our daily communications on the Internet and make a lot of money with that information through advertising and other means. Today, we live outside the Internet and have our computer screens in front of us, so what about when we live inside the Internet and inside our screens? What happens when we spend our entire lives in augmented reality and virtual reality through virtual images? Will there be room for privacy left for us?

Let’s leave that question unanswered for now. When Facebook CEO Mark Zuckerberg finally renamed the company Meta, he also announced what he plans to do in the metaverse, which in no way implies that he wants to own the “metaverse” because he simply can’t.

In this case, Sai asserted, “No one can own the metaverse, it’s an open platform.” The Meta Project is more like building your own version of a “metaverse,” a digital world that combines the real and virtual worlds. For example, you can meet your cousin in California in real time through your avatar at a coffee shop in a virtual environment. 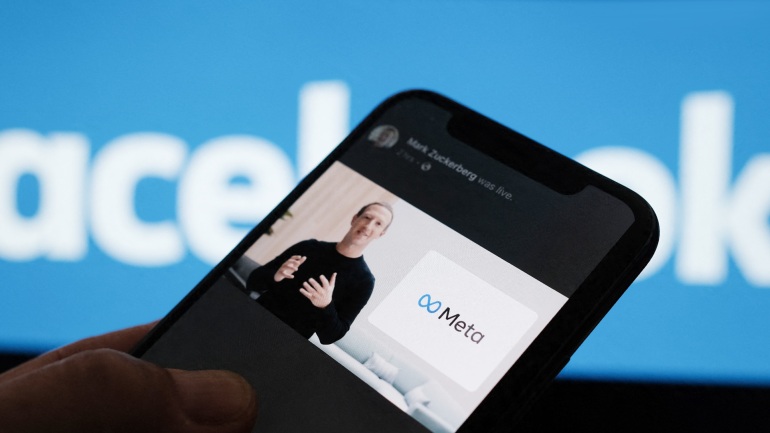 Dr. Anupama Malik, managing director of Vizara Technologies, a startup specializing in virtual and augmented reality technologies, told The Indian Express, “While social media is great at the moment, Meta has the ability to get this data and communication in 3D environments is the next step, there are now very simple ways to get 3D data And he (Zuckerberg) knows that 3D space is going to be the next big thing.”

Meta has the talent and resources to build a “metaverse. In fact, the social media giant has already announced that it’s hiring 10,000 people in the European Union for the big job. As the company recently mentioned on its website, they already have Oculus, the leader in virtual reality devices, and the Oculus glasses will be the gateway to the “meta-universe.

In the new environment, a community of users roaming around in 3D space can do whatever they want, and that’s the future of social media and the Internet in general.

If Facebook wants to create its own metaverse, Microsoft is looking to the Mesh Platform as a key platform for connecting multiple virtual environments. Microsoft announced this at its recent Ignite conference, where the giant company said it plans to bring Mesh to a universal collaboration platform called Teams, which has 250 million users worldwide.

The danger and seriousness of Microsoft becoming part of the “metaverse” can be measured by the fact that the Mesh platform will provide companies registered with Microsoft with the elements and controls they need to build their own “metaverse,” much like building and distributing smartphone apps in the Apple Store to build and distribute smartphone apps.

Whether through Facebook or Microsoft, the race to build “metaverse” will give a huge boost to the development of virtual reality and augmented reality, allowing them to spread in unprecedented ways and for ordinary people to be able to use these technologies in their lives every day in the near future.

What many people forget when talking about the “metaverse” is that it already exists today and incorporates many emerging technologies such as 3D movies, cryptocurrencies, video game platforms and 3D video games such as Roblox and Fortnite, as well as virtual reality glasses makers such as Oculus and HTC Vive. All of these technologies already exist, evolve, and overlap with each other in a larger “meta-universe.

A metaverse is a set of user-shared 3D immersive environments in which you can interact with others through your avatar, and doing so requires specialized hardware that you can’t do in a 2D world or through a smartphone app,” says Sai Krishna. 3D immersive environments mean a richer communication experience, which is why it will spread rapidly in the future. It’s spreading.”

Does this mean smartphones are on their way out?

At least for the near future, smartphones will continue to exist, but we must know that they are not designed for 3D space, nor for the “metaverse”, which is why large technology companies are investing heavily in virtual reality and augmented reality technologies, and the future is in these two technologies.

Experts say that the race is to create an experience that puts information in front of you, but it also means focusing on making and producing new devices that are very different from the regular smartphone as we know it, and indeed, who needs a smartphone when we start living in a “metaverse”?

In the next five years, we will witness a frenzied arms race among tech companies to produce new headset devices that are completely different from smartphones, with virtual reality and augmented reality complementing each other,” says Sai. In the near future, the lines between virtual reality and the metaverse will become even more blurred. This is very similar to the connection between today’s laptops and the Internet.”

Returning to the privacy concerns we raised at the beginning of this article, the immersive digital environment that the “metaverse” will create may seem exciting and groundbreaking, but it has its own challenges, especially in the area of privacy, knowing that advertising will be a major source of revenue in it.

In such an immersive environment, don’t expect any kind of privacy. Virtual reality data is biometric data, and every human move in this environment will be recorded, like a “global database” of everyone’s characteristics and behavior, leaving people vulnerable to far more cybercrime than they currently are.

This is an exciting new world to come, and a naked world without the shadow of mulberry leaves.